I’ve decided that at least once a week I’m going to do an outfit post. I haven’t decided what to call them yet. I had thought about Friday’s Fashion or maybe Weekly Wears, because who doesn’t love alliteration? Then I thought maybe the date I wore the outfit? I don’t think that’s a good idea though.

I’ll figure out that later, right now lemme show you the outfit. 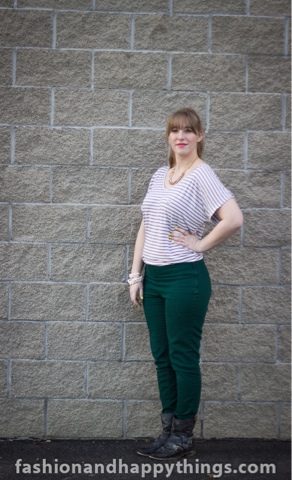 I’m wearing a brown and white striped top from wet seal and green side zip pants from H&M.
I’ve had the shirt for a few years, but the pants are only about a year old.

Below are close ups of the accessories: 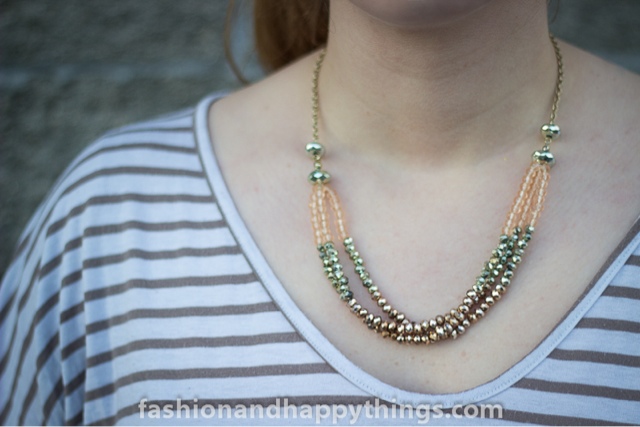 This Necklace is from H&M, and its a mix of Rosé Gold, Gold, Silver and pink beads. 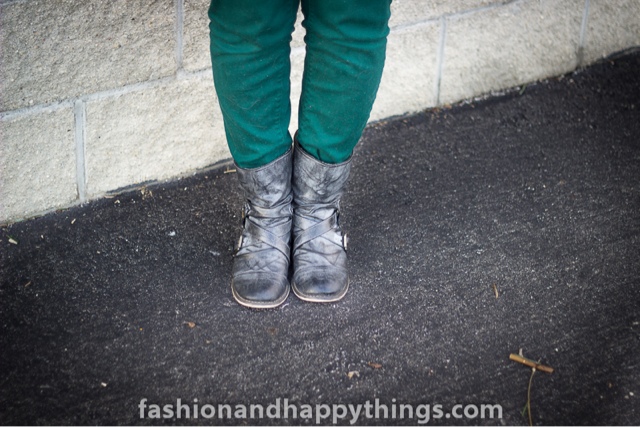 Then I had on Grey Rebels Taos Moto Boots. I absolutely love these boots. They’re a few years old and I need to get them reheeled, but I still adore them. 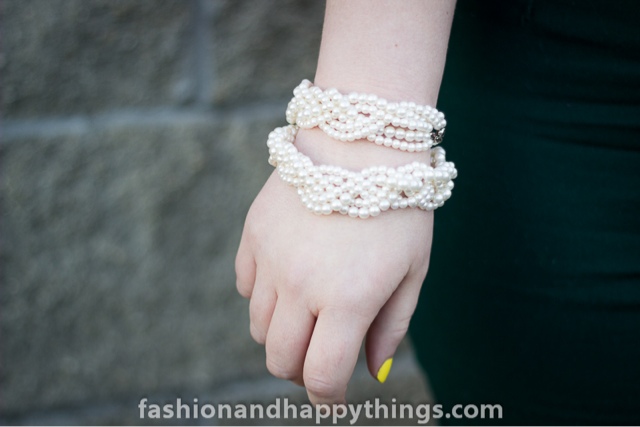 This bracelet is actually a headband I bought from Forever 21. I ordered it for my Emma Watson Say You Don’t Want It Hair Tutorial that I did on YouTube. But it didn’t fit my head so I swapped out the elastic with a chain and clasp to make it into jewelry. Sometimes I use it as a necklace, but I really like it doubled up as a bracelet. The nail polish is Ciate Big Yellow Taxi with Nails Inc Westminster Bridge Matte Topcoat.
Okay Honestly it was freezing when I took these pictures. It would have been warm except for the wind was horrible, so I did have a coat around the corner, that I put on as soon as I could.
Either on Sunday or Monday, I’ll do a post on the makeup I wore. This time I actually have a good picture of my eye makeup.